Some of the material in Compass is restricted to members of the Five College community. By logging in, you may be able to gain additional access to certain collections or items. If you have questions about access or logging in, please use the form on the Contact Page.
Log In

YWCA of the U.S.A. photographic materials

This record group includes photographic prints, negatives, slides and filmstrips documenting the work of the YWCA from the 1890s to the present.

Collections in Compass are comprised of digitized or born-digital materials and, therefore, may not represent the whole of a collection. If you are interested in materials that may not yet be digitized or made available on Compass, check out the finding aid or contact us.

Finding aid for the YWCA of the U.S.A. photographic materials 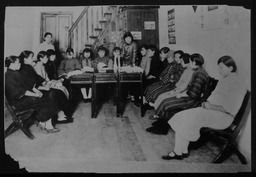 Main Title:
China: Education and recreation
Description:
The National YWCA photographic print collection consists of 45 linear feet of images, taken within the United States and abroad from the late 19th century through the first few years of the 21st. The majority of the photographs were taken by professional photographers for publicity use. A good portion of these document activities at Community YWCAs and were submitted to the National Association for use in its main serial The Association Monthly/Womans Press/YWCA Magazine. In addition to these publicity photographs, there are also a significant number of personal snapshots donated to the National Board Archives by retired staff members. The World War I-era section is particularly strong, with subjects ranging from U.S. Hostess Houses and Overseas Staff to the "Women at Work" war effort on both sides of the Atlantic. There is also a smaller collection of images documenting World War II, including scrapbook photos of Japanese Relocation Centers, United Community Defense Services trailer boom-towns and the history of the U.S.O. The bulk of the images taken within the United States are either from 1918 or from the late 1950s through early 1970s. Many of the Program section's broadest topics (Recreation, Students, Y-Teens) were taken in large part during the mid-1960s by staff photographer Carroll Aument, whose style is distinctive from that of other YWCA photographers. The majority of the images in all sections of the collection are in black and white. Color photographs taken in the 1970s-1990s are often lesser quality snapshots taken by YWCA staff members. The photographs are arranged to mirror the arrangement of the paper records in the following subseries: Subseries A. General and History includes Anniversaries, Exhibits, photographs of YWCA symbols and logos, such as the blue triangle and the YWCA purpose statement, World YWCA photographs, and miscellaneous and unidentified photographs. There is also a large file of photographs of individuals (arranged alphabetically) involved with the YWCA. These include local, regional, and national YWCA Board, Committee, and Council members, as well as speakers and celebrities at YWCA conferences, conventions, and other events. Subseries B. National Board and National Administrative Office includes photographs of the National Board and staff; nationally-owned buildings and properties; fund-raising committees and events; and photographs taken for use in YWCA publicity materials, such as posters and brochures. Subseries C. Conferences and Conventions consists of photographs taken at conferences, and National Conventions, and at preparatory and planning meetings. Subseries D. International Work includes a small amount of photographs of YWCA of the U.S.A. Foreign/International Division staff, programs, and conferences. The bulk of the Subseries is the Countries section which includes photographs of buildings, programs, staff, etc. taken at YWCAs in other countries. These are arranged alphabetically by country and then chronologically. Countries have been filed under their post-Independence names, for example, Rhodesia can be found under Zimbabwe and Ceylon under Sri Lanka. Refugees from Smyrna in 1922 have been filed with Turkey rather than Greece, while Palestinian refugees can be found in Jordan: Aqabat Jaber and Baqáa, Kalandia, Madaba, etc., folders. The Countries section is particularly strong in photographs from the following countries:Notable photo scrapbooks in this section cover program work in Buenos Aires in 1929, and Belgium, 1939-1940; a YWCA sponsored Neighborhood House in Berlin,1961-62; Kure, Japan, in 1948; YW sites in Russia at Archangel and Vladivostok in 1919; and two events in Turkey: the great fire of Smyrna in 1922 (refugees escaping to Greece) and a decade later the Cadde Bostan summer camp in 1932. The bulk of the countries photographs date from the 1960s, but a few of the country files (including China, India and Japan) have substantial photographs from the 1910s and 1920s. The majority of the photos within the international section are not dated. Subseries E. Program includes photographs of staff, committees, facilities, activities, and events related to public advocacy, personnel and training, constituent groups (including Immigrants, Interracial, Teen-age and Younger Girls, Young Adults), miscellaneous services and activities (such as residences, lunch rooms, child care/day care), subjects (camping and outdoor recreation, health, sports and fitness, recreation, music, pageantry and drama, religion) and War Work and Defense Services. Photographic documentation of World War I activities of women, both within the YWCA and among the general public. Subseries F. Student Work photographs include images of student staff, activities, conferences, councils and assemblies, programs and projects, and a few photographs of individual Student Associations. Subseries G. Community Associations photographs include images of general activities and groups; Community Association buildings and properties; and groups. The buildings and properties photographs are arranged by state. Groups photographs include classes, services, and events at Community Associations. Most of these images were subbmitted for publication in The Association Monthly/Womans Press/YWCA Magazine.
Collection:
YWCA of the U.S.A. photographic materials
Genre:
black-and-white photographs, color photographs, Negatives, Slides, Scripts, filmstrips
Identifier:
smith_ssc_324_digital_object_175 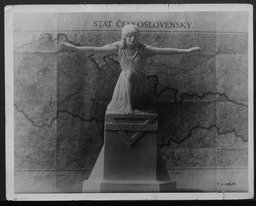 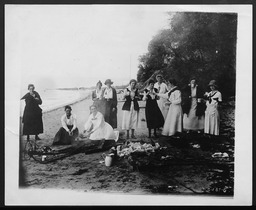 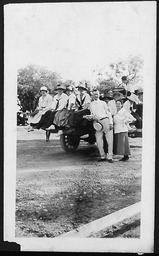 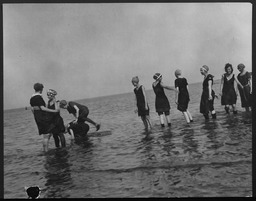 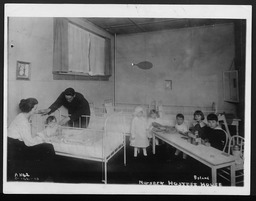 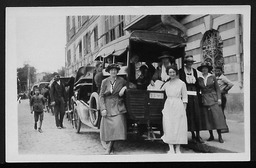 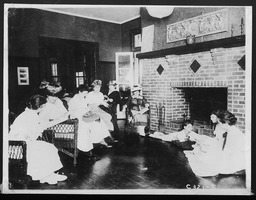